The Co-Venture project is a trial investigating the effects of an evidence-based alcohol and drug prevention program, PreVenture, on the development of substance use disorders and the cognitive development in adolescence. This project was made possible through the funding of the Canadian Institute of Health Research (CIHR).

Onset of alcohol use at or before 14 years of age predicts an increased risk of developing alcohol and drug use disorders, mental health problems and poor academic performance. In the Canadian province of Quebec, youth may initiate drinking earlier and show an accelerated growth in substance use relative to other North American youth. Adolescent brains may be particularly susceptible to damage from alcohol use due to the significant neuro-maturation occurring throughout this period. Because the majority of neuropsychological studies with adolescents are cross-sectional, it has been difficult to conclude whether the cognitive abnormalities described are causal or consequential to alcohol misuse. It is thus important to assess substance use and cognitive functioning at multiple time points in a longitudinal design to examine the developmental sequence and interactions between the uptake and growth in alcohol consumption and cognitive development. In addition, cognitive functioning should be assessed prior to alcohol use onset.

To evaluate the efficacy of the Preventure program on substance use, cognitive and mental health outcomes, Co-Venture involved 31 schools of the Greater Montreal area in a cluster-randomized controlled trial. Recruited schools were randomized to either the Preventure personality-targeted interventions or the control condition. All the targeted interventions were delivered at the school level rather than individual level. Around 3800 students from grade 7 were recruited in the project between 2012 and 2014. High-risk students had to score one standard deviation or more above their school mean on one of the four personality trait subscales of the Substance Use Risk Profile Scale (SURPS). These scores were assessed in a questionnaire battery along with self-reported substance use, mental health symptoms, cognitive functioning measures, and sociodemographic in the first year of participation.

The research team supervised and trained up to five staff-members per intervention school to deliver the personality-targeted interventions to their high-risk students in the first year of the trial. In the intervention schools, 700 high-risk students identified were invited to participate in two Preventure workshop session of 90 minutes each. The interventions were conducted using manuals based on a cognitive-behavioural therapy model that incorporate psycho-educational and motivational interviewing components. Once the intervention was completed, follow-ups using the first year battery were completed annually until grade 11. Baseline assessment and subsequent follow-up were assessed with the computerised assessment battery Psytools in the school during school periods. The results of this longitudinal trial will tease apart the developmental sequences of uptake and growth in substance use and cognitive development in adolescence using developmentally sensitive neuropsychological measures. 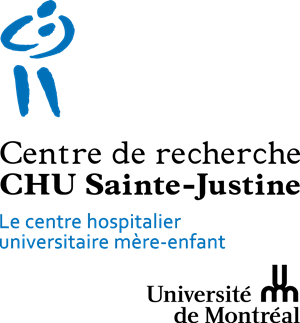